Do you know anyone who has made long term positive changes to their health? I’m willing to bet that it didn’t happen because of a cleanse or a detox.  I bet they made small consistent efforts every day. Think about it. Are your teeth clean and gums healthy? Is that because you recently went on a plaque detox and brushed and flossed like crazy for a week? No.  It’s probably because you just brush your teeth every day. No big whoop.  And it’s not like you need a crazy amount of discipline and determination and shiny teeth fitspo and motivational quotes and coaching to brush your teeth. You just get it done.  It would feel gross not it. Because it’s a habit.

This is where we want to get with our exercise. Or sleep cycles. Or salad-eating, water-drinking or whatever. Habits are everything. Sometimes we look at success and it appears to be a moment; an Oscar win, a gold medal, a book getting published, wearing a bikini with confidence for the first time in 10 years. Or the time that my Christie Pits Bootcamper  Shauna won this avocado for finishing a Pushup-Punch first: 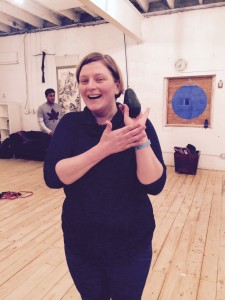 Do you think that avocado came for FREE?! Do you think Michael Phelps just got in pool one day and won gold? NO. All of these are just the public facade of small, consistent, daily efforts. Habits. 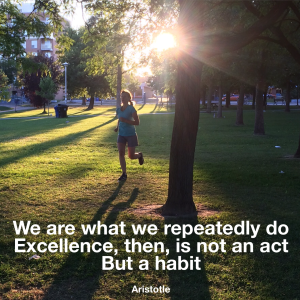 I bet you know what you need to do to get healthier. I’m not going to blow you away when I tell you that you should eat vegetables and stress less and be active. Each of us has a habit that WE KNOW if we did it, it would change our lives for the better. We know we should do it, we want to do it but it just keeps not quite happening.  In this blog post, I want to explain a little bit about the psychology of habit formation and – more importantly – how we can automate new habits that are in line with our health and wellness goals.  So that getting up at 5am for Bootcamp becomes as automatic as brushing those teeth.

The formation of a habit happens in three parts:

1. Trigger: This is what sets off your behaviour. It could be a time of day, a person, a place, an emotional state.

2. Behaviour: This is the actual habit. Habits can be super simple, like putting on your seatbelt in the car, or saying ‘bless you’ when someone sneezes.  They can also be complex, like driving home from work or changing a diaper and nursing in the middle of the night.

3. Reward: this is the positive feeling you get from executing your behaviour. It could be physiological (like my beloved caffeine rush when I have my morning coffee) or psychological (like a feeling of social connection when I check my phone as soon as the text notification goes off).

This Trigger-Behaviour-Reward sequence is known as the Habit Loop 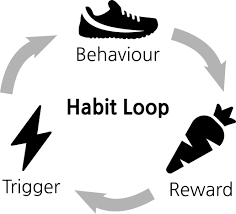 A keystone habit creates the foundation for all those small wins that build up (for more on small wins, check out my post on How to Stay Fit When It’s Party Time)

Other examples of keystone habits:

Now that you’ve identified your keystone habit, you want to think about what is going to trigger it. The ideal trigger should be: 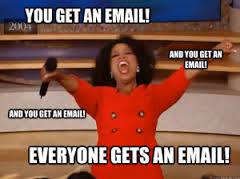 This is the part of the habit loop that many people resist. We think that the cultivation of a good habit is reward enough. We don’t need a lollipop to go to the dentist. But actually – yes we do. There are tons of studies that show that rewards are highly effective to reinforce positive behaviors. Without the reward the loop is incomplete and the behaviour will always be an effort instead of automatic. This is the way our brains work so just roll with it and reward yourself.

The trick here is to the think of what makes you feel rewarded that is a health positive behaviour (or at least neutral). If your new habit is to go for a 30 min walk after dinner but your reward is to then drink Labatt 50 until you pass out…I don’t know if you are going to end up ahead of the game. 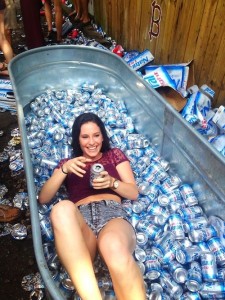 You GUYS! I exercised!

What feels like a treat that isn’t going to set you back? When I first started exercising, I allowed myself to watch WHATEVER HORRIBLE MIND ROTTING CRAP I wanted as long as I did it while power walking on a treadmill. I caught every paternity test on Maury Pauvich and furtively turned up the volume on Grease 2. Now I exercise because it makes me feel amazing immediately afterwards but that wasn’t always the case. It used to totally suck. But it definitely sucked less when there were exciting moments like this: 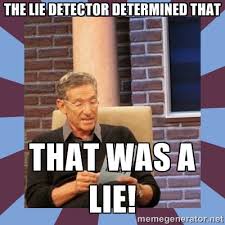 A good reward should be:

Only you know what will make you feel rewarded but here are some ideas:

The FFG trainers and I made this sweet ass trophy after a couple of drinks at our staff Christmas party last year to be used as a reward for the annual Get Better in December Challenge. Who wouldn’t sweat blood to feature this on their mantle!? 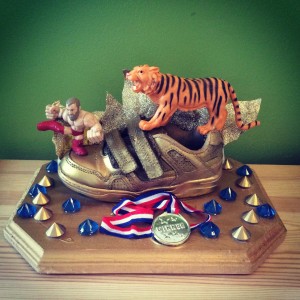 Now that you’ve figured out your reward, you have your custom designed Healthy Habit Loop!

I run a Habit Design Workshop (former clients include the Metro Toronto Convention Centre and Diva Girl Entrepreneurs). If you have a group that would like to go deep in creating strong habits, get in touch. 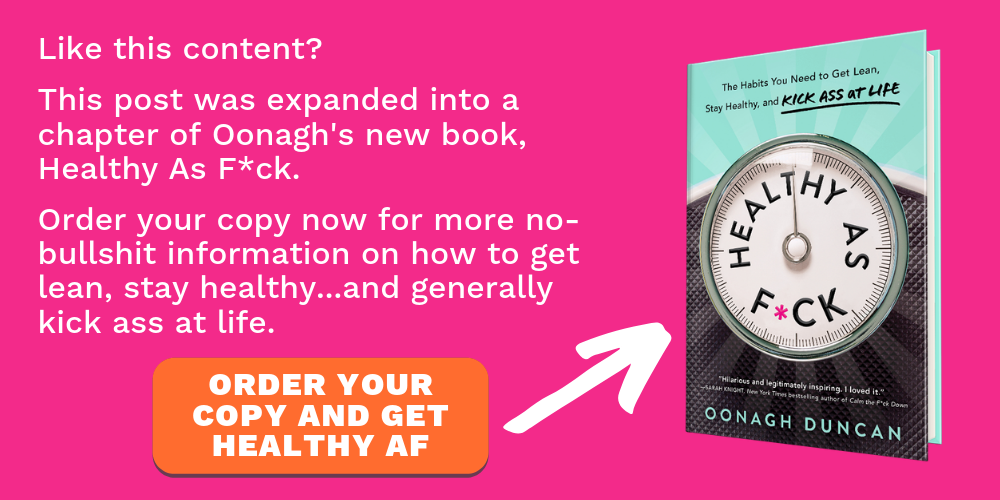